1) Tell us a little about yourself : your background, how did you start working in coffee? How long have you worked with Proper Order, and what’s your role there?
My name is Aliona Wynn, I am originally from Moldova, moved to Ireland when I was 17. I got my first job in coffee over 4 years ago, it was with a chain of coffee shops and they were great with their training, my very first barista class was run by Anita Bertok who back then was a head sensory judge for SCA Ireland – she is amazing.
I’ve been working for Proper Order Coffee for over a year now. I am a Barista and Training School Director.

3) Why did you decide to enter the Irish Brewers Cup 2018?
I absolutely love brewing and I’ve always admired people who take their profession to the next level, pushing their own boundaries so I made a decision to be one of them. The whole process seemed a bit scary and intimidating which is why it took me a while to do my first competition.

4) What coffee did you compete with at the 2018 Irish Brewers Cup Championship? Why did you pick this coffee? What did it taste like, and who roasted it?
In 2018 I competed using “Finca Takesi” from Bolivia, roasted by Coffee Collective.
Choosing coffee for Brewers Cup is probably  the hardest part of your preparation, the one thing I was sure about is that I want to collaborate with Coffee Collective as they are one of my favourite roasters. I had to fly over to Copenhagen few months prior to IBrC to cup coffees that Coffee Collective had to offer and “Takesi” stood out the most. It is the most clean and sophisticated cups I’ve ever had, it has a super intense and complex aroma (apricot and jasmine like), very high quality  acidity of citrus fruits and honey like sweetness. Big decision maker to me was the fact that in a few years Bolivia might stop producing coffees which made me want to showcase it and do my best job representing this farm.

5) What do you think set you apart in the 2018 Irish Brewers Cup?
It would probably be a better idea to ask the judges this question.
I can definitely say that I worked very hard on every little aspect of my routine, starting with small things like my cards and cups all the way to designing water, recipes etc and I feel like the judging panel could see that. I guess it is never one thing, it is combination of many things put together.

6) What coffee did you compete with at the 2018 World Brewers Cup Championship? Why did you pick this coffee? What did it taste like, and who roasted it?
For the World Brewers Cup I used “Tano Ndogo” from Kenya, Kiambu region, roasted by Square Mile. When we were looking for coffee to bring to the World stage we tried to taste as many options as possible and be opened minded about it. We would get about 10 different samples every week from all over the world, we set a deadline for ourselves and when the time came around to make a decision we organised a final cupping.
Same week Square Mile introduced their new Kenya and I’ve ALWAYS been a fan of their Kenyans so I made a decision to put it on a cupping table alongside with other coffees I could potentially use for the WBrC. From the very first second we could spot it out on the table, aroma was just so intense and bright, we couldn’t really smell any other cup from the table but “Tano”. We took our time evaluating and brewing, by far it was a winner for us. “Tano” is what a great Kenya all about and at the same time very unique. It has an extremely intense aroma of blackcurrants, vibrant pineapple like acidity and honey dew melon like sweetness with the most pleasant finish of dark berries.

7) How did your preparation for the Worlds differ from the national competition? Can you us through your recipe preparation process?
To describe it in general I would say we went more in depth with everything we did for the Nationals. It was unfortunate with the timing for me personally as I was unwell for most of the time that I had for training, so I had to use it wisely.
We made a timetable for ourselves where each day of the week was dedicated to specific part of preparation, for instance Tuesday dedicated to closed service, Wednesday is all about designing water, Friday is about work flow and script work, it had days off as well 🙂
That way we we had clear goals and deadlines, every Thursday we would review our progress and change our timetable if needed to be. Having things organised made me feel very comfortable and on track, it also meant that I had no excuse to not practice, as every day made a difference.

8) Tell us a little about your experience competing in the Worlds?
It was pretty great and a lot of fun with stress combined together. I met amazing people and learned a lot about brewing and competition itself which is a priceless experience. My biggest fear was to faint while I was on stage because I was pretty nervous and it meant a great deal to me to be there representing Ireland, but once I called my time the stress went away and I  starting doing what I practiced for. Most important thing is that I enjoyed myself.

9) Whats the best coffee experience you’ve had to date?
I want to say it was while we were in Brazil. We were sitting in cafe that was full of national champions from all over the world just chatting away and having a good time, I got the most delicious cappuccino there that was sourced locally, have to admit I never expected such high quality from Brazilian coffee. Game changer.

10) What advise would you give to future competitors of the Irish Brewers Cup?
Never underestimate your opponent and be at your most prepared.
Every now and then I hear baristas saying that Brewers Cup is all about coffee and nothing else matters, that is very untrue. Every little thing, every aspect of your routine is important and the judges are doing a great job assessing it.

11) What drew you to working in the coffee industry?
It was curiosity at first, we don’t have great coffee culture back home where I am from which is kind of why it was so attractive.

12) If you weren’t working in the coffee industry, what would you be doing?
I have absolutely no idea.

All of us here at SCAE Ireland would like to wish Aliona a huge congratulations again for her success in both the Irish Brewers Cup 2018 and for representing Ireland so well in The World Brewers Cup 2018. 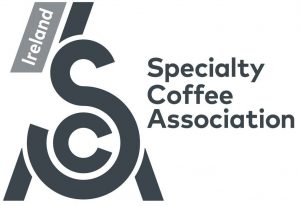 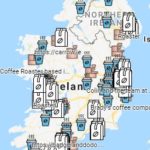 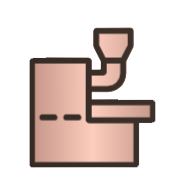