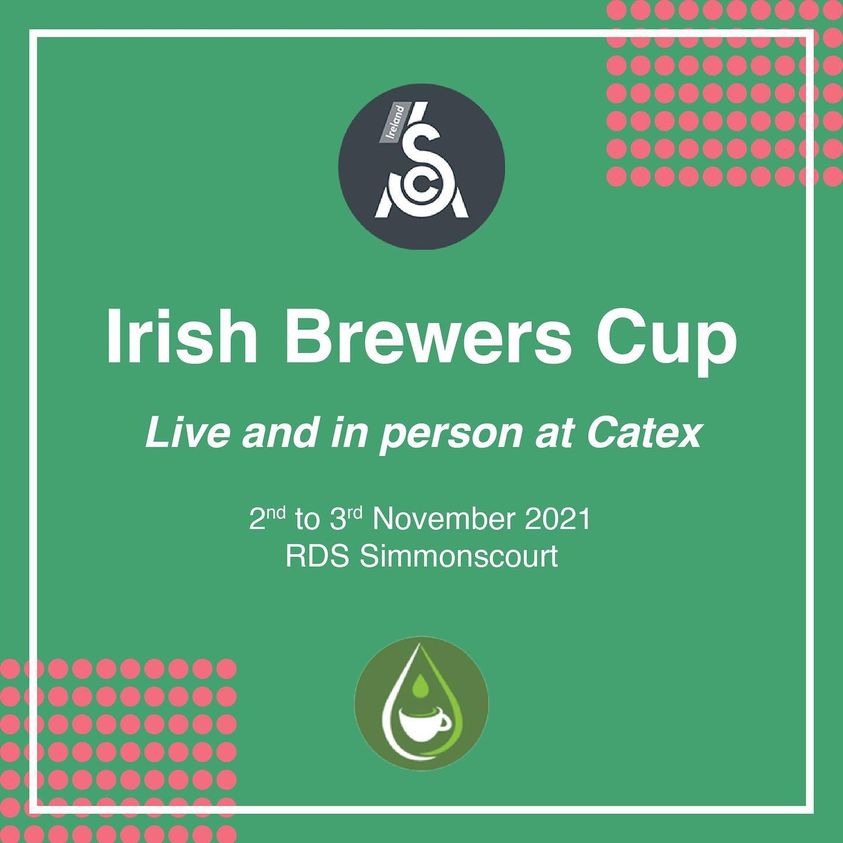 Finally, we are delighted to host the semi-finals of the Irish Brewers Cup Championships, at Catex on November 2nd and 3rd. For the first time we are including a Compulsory Round, on Tuesday November 2nd, and Open Service Round will be held on Wednesday November 3rd. The Finals will be held in early 2022.

While the Compulsory Round is going on back stage on Tuesday, at front of house we are hosting a new event called “Ten Talks”. This event will feature a curated list of speakers and topics associated with the coffee industry, and the list and running order will be published closer to the time.

Check out the Catex website for more information on the event…see you there! There is currently an exciting opportunity to volunteer as a calibration barista for the World Brewers Cup, Latte Art Championship, Coffee in Good Spirits and Cezve/Ibrik in Budapest this year.

SCA and World Coffee Events are currently looking for seasoned competitors to perform 2-3 full competition routines for WCE judges and will receive feedback from them afterwards.

They’re particularly interested in national competition finalists and other experienced competitors, however it is necessary that all calibration baristas have no conflicts with any of the competitors in Budapest.

The needed calibration barista shifts are as follows:

If you have any interest in volunteering, please contact Kyonghee Shin directly at: kyonghee@worldcoffeeevents.org

Quick reminder, closing date for the Barista and CupTasters competitions is 20-01-17. There are a few places still left. Please use our hashtag #scaecomp17 when searching for info on twitter etc..

SCAE Ireland will hold an Open Meeting that all members are welcome to attend on Wednesday 25th January at 2pm in First Draft Coffee (Temple Bar, Dublin 2). At this we will review our plans for SCAE Ireland and present our thoughts about going forward through 2017 and 2018. It is an opportunity for members to give feedback and contribute in determining the direction SCAE Ireland will take over the next two years.
All are welcome